It has been nearly six decades since the first industrial robots rolled on to a General Motors assembly line in Trenton, New Jersey. Today, a new generation of collaborative robots is changing how the manufacturing sector operates. These semi-intelligent machines are driving growth and improving efficiency not only for the GMs of the world, but also for small and medium-sized manufacturers (SMMs) as well.

According to the Robotics Industries Association, a collaborative robot, also known as a cobot, is specifically designed to work directly with humans, side-by-side, within a defined collaborative workspace. Most weigh under 80 pounds and take up mere inches of space. Cobots free employees from tedious, repetitive activities so they can focus on tasks that require more advanced skills. Specifically, collaborative robots can be quickly programmed to streamline such tasks as:

According to Dan Ignasiak, president of South Erie Manufacturing Company (SEPCO), a small company with 35 employees that specializes in machined metal components for the transportation industry, “This kind of technology will attract more young people into manufacturing.  And if our company didn’t keep up with technology, I figure we’d be out of business in less than 10 years due to the advancing nature of the industry.”

For every SMM integrating robotic technologies into their operations, I see many more missing an opportunity to accelerate business as they cling to common misconceptions about this new generation of automation. These myths include:

Beyond the myths, one thing is very clear, collaborative robots give SMMs an important competitive edge. They are good for business, good for manufacturing workers and good for the U.S. economy. 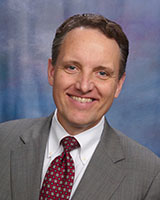